World News Media Congress: a feast of ideas on the future of news

Zaragoza, which hosted last week’s World News Media Congress, is famed for its tapas restaurants and the conference, like Spain’s signature “small plate” dishes, similarly left me full of ideas after sampling lots of different flavours.

WAN-IFRA’s annual event, back in person after a Covid hiatus, is huge and sprawls over three days so it is impossible for one person to attend every session, just as you can’t, unfortunately, order every dish on the tapas menu. However, it was possible to get a taste of the main themes on offer.

First up, and this was very heartening, was a near-universal espousal of the importance of the customer. This will sound obvious to many, but in my experience news organisations have expended too much effort thinking about their internal requirements rather than those of their readers.

Julia Beizer, chief product officer and global head of digital at Bloomberg, stated it best, I thought, when she said in a panel session on building great products: “Newsrooms have traditionally thought a lot about how they wanted to write a story, not about how consumers wanted to read it.”

Judging by the conversations in Zaragoza this is changing. Beizer described her role as being “the voice of the customer” and in almost every session there was recognition that a publisher's prime goal should be to give that customer “value”.

This is a shift as previously I have felt that the focus has been more on what model – subscription, advertising, or a mix – the publisher was offering, not on bringing the right content at the right time in the right place to the reader, at a price that makes sense to them.

The understanding of who those readers are is getting more sophisticated too. The industry is getting used to the fact that it has audiences (plural) not an audience.

Emma Tucker, editor of The Sunday Times in London, spoke about how her newsroom has shrugged off the idea that its readers could be personified as a “Sunday Times reader”. She said the way he – and it was a man – was typically described to her was as “a 60-year-old suburban dentist whose kids had been educated at private school”. This had led to the paper being subconsciously optimised for such a reader, but equally made it offputting for others.

Instead, they are now targeting content as specific audiences with different needs. At 6pm on Saturday they put out their exclusives for “news obsessives” to get an early view; they have given more prominence to features that explore issues “around the news” as opposed to straight news stories having seen in their data that this was hugely popular; and they have employed young female journalists to target younger, more female audiences after research showed this was a crucial step in attracting them.

The idea now seems well embedded that as a publisher you cannot be all things to all people. And that you have to understand where you fit in the news ecosystem, and consequently be aware of what others are doing. David Higgerson, chief digital publisher at Reach in the UK, said that during the pandemic the publisher was tightly focused on “doing what the BBC wasn’t doing”. There is no point trying to ape a national broadcaster with an unbeatable market penetration that boasts more than a billion page views a month.

Higgerson said that now the priority was seeing where the publisher’s content “could fit into readers’ lives”. Civic journalism, for example, is being pushed at times that reflect readers’ moods at different times of day, with listicles of local planning decisions proving particularly popular as a lunchtime read.

This all requires a thorough understanding of data, of course. And the analysis of it is getting more subtle as its importance is recognised. For Stuff, New Zealand’s largest publisher, it is one of the company’s four main pillars and a driver of big decisions, such as when it pulled its content off Facebook (and saw no adverse effects!). Gut instinct is now widely, and rightly, seen as merely a supplement to data science.

The siren call of audience “reach”, often fuelled by advertising clients, appears to be taking a back seat. At The Independent in London, previously an avid promoter of the size of its audience, Jo Holdaway, chief data and marketing officer, said that the focus was now much more on the “fan” and “super-fan” segments of its readership. The aim was to get them to register with their email address, for the first-party data that provides and the opportunities to deepen their relationship with the brand. From April 2021 to September 2022, the Independent’s number of registered users rose from 880k to 4m.

Among subscription-based businesses, there was also recognition that different types of stories play different roles in giving value to readers and consequently to the business. David Walmsley, editor-in-chief of the Globe & Mail in Toronto, said that he used to think “how do I justify having a sports department to the commercial team?” Sport didn’t bring in any new subscriptions – they mostly came through business, investing and personal finance stories – but he looked at the data and found that they were an excellent retention tool. The sports department was saved.

While it would be exaggerating to say that industry talk is moving on from subscriptions, there was definitely a feeling that news brands must have more than one revenue stream. Ladina Heimgartner of Ringier said that her team had determined that a successful publisher needed “3.5”. Swiss precision in action.

They don’t necessarily have to have anything to do with the news. Speaking on the same panel, Pierre Louette, ceo of Les Echos-Le Parisien, said: “We are moving from being a press group to a media tech company.” They have recently bought radio and video streaming outfits and 25% of revenues now come from these “diversified” interests. E-commerce was also widely mentioned. It is a model previously pursued by Schibsted among others but now feels more widespread.

Though if you want to think about whether to diversify your news company away from the news, don’t take too long about it. Pål Nedregotten, executive vice president, from the amazingly successful Norwegian local news group Amedia, which now boasts 740k subscribers and 2m daily readers in a country with a population of 5.5m, said that they started reducing their print frequency on some papers as an experiment as long ago as 2017. “We did it when we could do it, not when we had to do it,” he explained.

I think it’s fair to say that most publishers are fast approaching the “have to do it” phase for building a sustainable digital-only business, even if print has a few more years left in it in most markets.

There was an acknowledgment that this is a challenge. Nicholas Johnston, publisher at Axios, the American newsletter publisher that was recently sold for $525m, said he thought it was “almost impossible to get traditional media to do things differently,” However, he acknowledged that “people who run newsrooms and work in newsrooms are thinking more about the business of news”. I think they could think about it a lot more, but agree that the process of journalists realising they are part of “the business” and not separate from it has begun in earnest.

This was apparent in the in session on building great products, featuring representatives from those titans of the modern news environment, the New York Times, the Washington Post and Bloomberg. The panel’s discussion addressed almost all the themes mentioned above, with the importance of customer centricity, a test-and-learn mentality and diversification all getting close scrutiny.

I feel with such obvious success stories it is interesting to peer behind the curtain to see what is not going as well as they’d like. I asked the panellists what is the main internal obstacle to building great products, wondering if they would talk about technology, funding or perhaps recruiting staff with the right skills..

But the answers were all about human factors relating to change. Kat Downs Mulder, chief product officer and managing editor of digital, at the Washington Post, said the thing that held them back most was “inertia”, adding that “a mindset of change has to be cultivated”. Beizer of Bloomberg said it was developing a feeling of a “shared mission” within different departments. Ben Cotton, head of subscriptions growth at the New York Times, said sometimes they struggled with “prioritisation, being able to set things aside when they weren’t working”.

All agreed that the way to get round these issues was collaboration and improved communication. Downs Mulder said plaintively: “If you have audience or product people, listen to them!” She’s right and hopefully the congress helped with that process.

Apologies to all the great presenters I missed. And of course I must congratulate all those organisations that won their categories in the 2022 Digital Media Awards Worldwide, which were announced in Zaragoza, and Gazeta Wyborcza, which won the Golden Pen of Freedom, recognising their fight against government oppression in Poland. 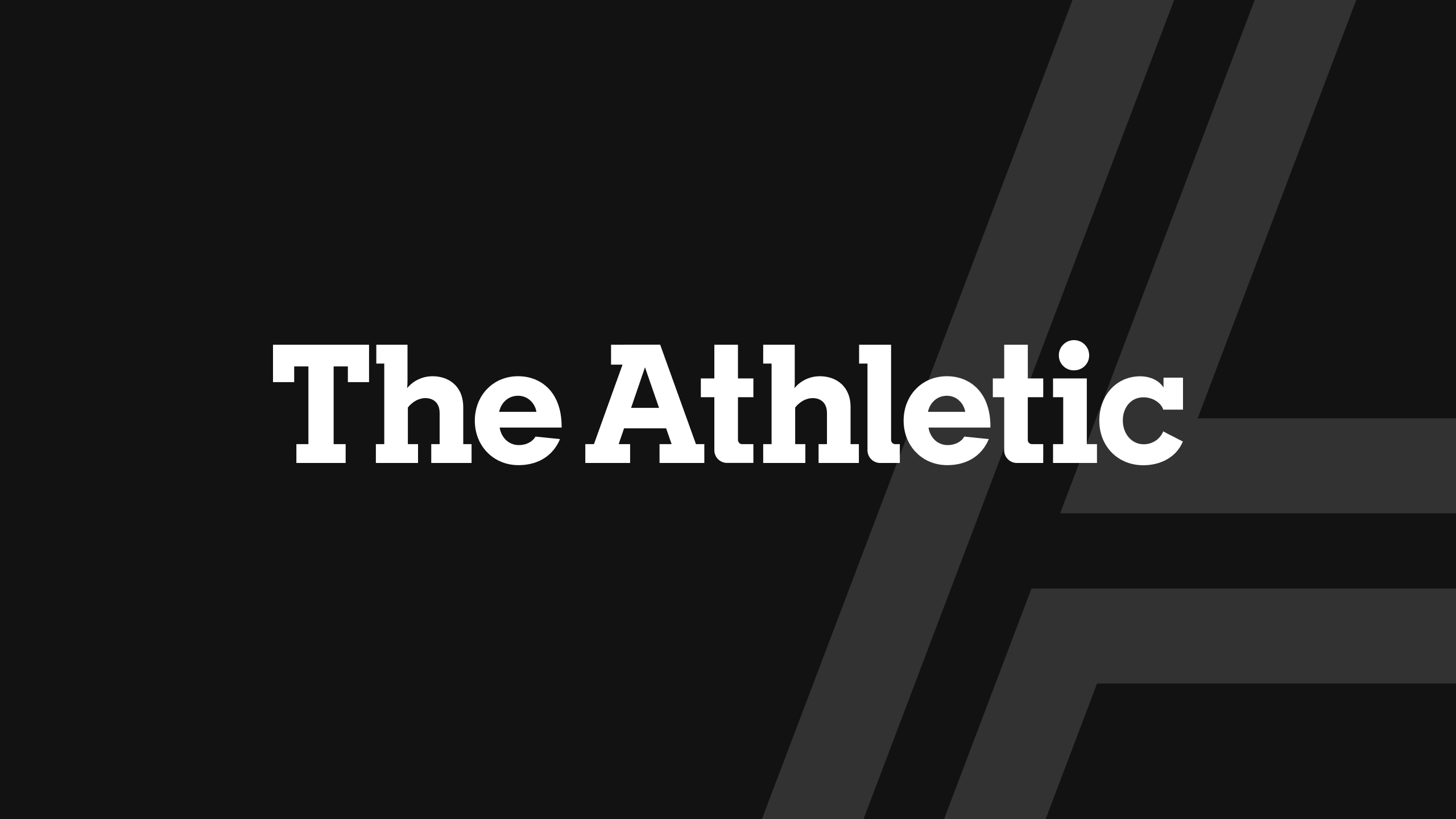 How The Athletic showed me the future of news